Our motto of “Working Hard at Playing It Safe” TM isn’t just a slogan, it’s how we approach every job, every day. 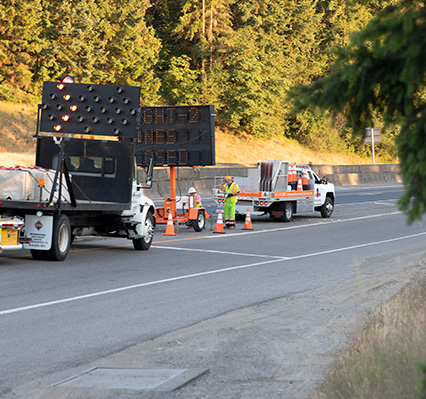 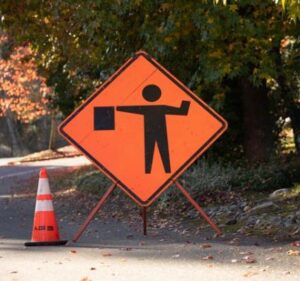 Advanced Government Services was subcontracted by Elcon Corp to provide full-service traffic control for the King County ITS improvements project. 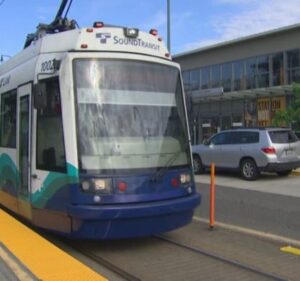 Advanced Government Services was subcontracted by Shannon and Wilson to provide all traffic control for their geotechnical borings done for the Tacoma Dome Link Extension project. AGS conducted lane closures of arterial streets as well as mainline I-5 to open up safe work zones for Shannon and Wilson to perform their drilling and testing. 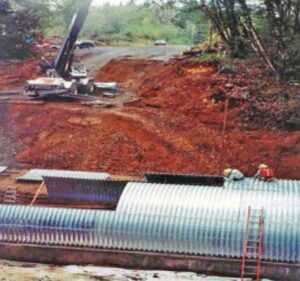 Advanced Government Services is subcontracted with Quigg Brothers to provide traffic control for the SR 101 W Jefferson County fish barrier project. AGS has 3 work zones set up on SR 101, each with a set of temporary traffic signals to allow Quigg Brothers access to their work zones 24/7.

Since 2003, AGS has completed thousands of projects throughout Washington and Oregon. We’re honored by our ongoing, long-term relationships with the customers who contract us, including:

Equally important, we also partner with publicly and privately held companies. All of our customers and business partners trust AGS to keep workers and the public safe in construction zones.

What Our Clients Say

“…The one thing I can be precise on is your team has done an excellent job.”

“Hello, just wanted to reach out and let you guys know what an amazing job the AGS team is doing on the street initiative 14. They have gone above and beyond what is expected. This job has been extremely challenging, and they have done an amazing job.”

“I’ve personally worked with dozens of different traffic control providers, all over the United States, and I firmly believe, and have told my upper management, that AGS and their crew in particular, have been hands down the absolute best that I’ve ever worked with. We had very complicated work during the crossover implementation, and several nights of multiple double-lane closures on both directions on I-5, and AGS crew have never once disappointed. We’ve had day shifts, night shifts, 16-hour shifts, and not a single issue to-date.”

“The flagging needs for the Long Beach/Willapa Nat’l Wildlife Refuge are complete. Advanced Government Services was very good to work with and everyone in construction agreed they were great onsite. The office staff and management were very polite and professional. I wish every contract was this easy.”

“I wanted to let you know how great it was to work with your crew, it was a pleasure to work with the entire crew. They were very professional and are a group of hard working people. We bounced from site to site and there was never any problems, we never had to wait for a lane closer and that made the work flow great. One of the county inspectors told me that we had one of the best group of flaggers that they had ever seen! And we finished 1 week early! I am glad they were a part of the team and hopefully we will be able to work together on future projects.”

AGS has been the primary Traffic Control provider for City of Tacoma for over 15 years. During that time, we’ve supported all of their Power, Water, and Rail crews, helping them complete jobs safely and efficiently. From planned construction projects to emergencies, like burst pipes or traffic accidents, we’re ready when they need us, whether they need one LEAP certified flagger or a dozen.

Since 2003, AGS has played an integral role in completing hundreds of miles of high-profile projects on freeways and highways throughout Washington and Oregon.

In 2016, we completed a major pavement overlay and striping project on I-90 near SR 202. This job required multi-lane closures on both Eastbound and Westbound I-90 with simultaneous set-up. By minimizing delays, we helped complete the project on time.

In 2016, we completed a large grind & pave operation on SR 167 that required up to four miles of multi- lane closures from Auburn to Kent. With zero recordable injuries, AGS safely met the strict requirements to help complete this project with minimal downtime.

In 2017, on SR 6 and SR 105 in Lewis and Pacific Counties, we ran traffic control for a major project that included bituminous surface treatment, rumble strip installation, guide post replacement, bridge deck repair, expansion joint modification and more. It was a big job that AGS helped bring in on time.

AGS has continued to help us out on our projects in a timely and professional manner. The level of commitment and attention to detail are tough to match.

On an ongoing basis, we set up lane closures on SR 167 and SR 512 for emergency spill cleanups. Our ability to deploy our team quickly minimizes delays and increases safety for commuters.

On SR 410, AGS has performed several major operations over the years:

We performed single and multi-lane closures to help reconfigure the intersection of SR 410 and Veterans Memorial Drive and facilitate wall construction.

We supplied all the equipment and personnel necessary to reconfigure the channelization markings near Enumclaw.

We ran a pilot car operation with crews working around the clock for a major grind and replace project near the White River Bridge.

AGS has partnered with PSE for years, providing traffic control during the most brutal of weather conditions. Our positive attitude, willingness to drive great distances on short notice and strong work ethic lets PSE focus on their jobs, while we handle traffic control.

On Sunday, January 6, 2019, western Washington experienced a major wind storm with gusts over 60 mph that toppled trees, damaged homes and businesses, and knocked out power to over 320,000 Puget Sound Energy customers. The crews that you sent us were essential in helping to restore power and they were fantastic representatives from your organization. Each of the individuals from Advanced Government Services was safe, knowledgeable, professional, and extremely dedicated to restoring power. I heard numerous comments about how great they were to work with. PSE Extends our deepest gratitude and appreciation for your assistance.

Military Credentials: Our Ability to Support Contractors at Military Bases

AGS has Flaggers and Traffic Control Supervisors that are able to access military bases such as JBLM, Bangor, and Bremerton Shipyard. As a result, we’re able to support military contractors such as Bristol, WHH, and Salish on their projects. 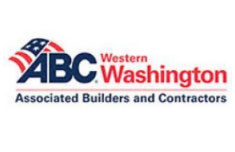 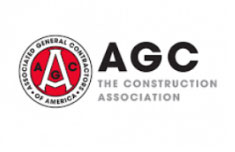 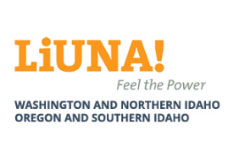 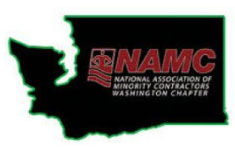